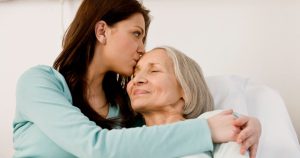 It should also be mentioned that a recent Connecticut court decision ruled that a daughter was held personally liable for her mother’s assisted living (not nursing home) care. However, a New Jersey court ruled that the daughter of a New Jersey nursing home resident was not held personally liable for her father’s care even though the admissions contract stated she would guarantee payment. The court’s decision was based on federal and state law which prohibits such liability. The daughter’s counter-suit for fraud against the nursing home was recently settled. As a result, it is important to read nursing home admission contracts since some nursing facilities require “guarantees” of a third party. However, even if the contract does not have such provision, it is best to know if you (or to what extent) are your parent’s keeper.