31 Jul 1ST SUCCESS STORY OF THE MONTH – FINANCIAL ADVISOR DISCOVERS HE SAVED CLIENT $300,000 BY READING OUR MAY NEWSLETTER 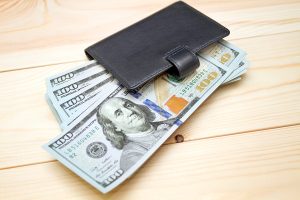 Several years ago, a local financial advisor recommended that his client (a married man who is retired) invest his entire traditional IRA worth $300,000 in an annuity (within such IRA). The IRA is the largest asset of the client (he and his wife have $80,000 and a home in addition to the IRA). Little did the financial advisor know how fortuitous this financial decision would be. Last month client’s wife became chronically ill and needs long-term care. Client’s wife has no long-term care insurance. Since client probably has a twenty (20) year life expectancy, it is important for him to save as much as possible so that he can live on his assets for the rest of his life. Furthermore, if client makes a withdrawal from the IRA there would be fees for the early withdrawal from the annuity in addition to the income taxes to be incurred. This could have been financially devastating to the client. So, the savvy financial advisor decided to do research on the internet to find if there was a way out to save his client from potential financial ruin. His research resulted in the reading of our May newsletter article entitled “Guidelines on When and How to use Annuities in Public Benefits Planning” which was intended to be a guide for financial advisors on how annuities can be used in planning for public benefits such as Medicaid and Veterans benefits which help pay for long-term care costs but are “means-tested”. The planning for Medicaid is different for assets that are in a retirement account (such as traditional IRAs, 401ks, self-employment plans (SEPs) and Roth IRAs) than assets that are not. Any type of annuity with such a retirement account is “non-countable” while an annuity that is not within such a retirement account would be countable for Medicaid eligibility purposes under the current rules (which are always subject to change). If the retirement account is invested in any manner other than an annuity, it would have counted toward the Medicaid eligibility resource limit. One of the requirements for Medicaid eligibility (so that the government will assist with long-term care costs) is that countable resources be below certain limits. The government generally reviews the assets of the applicant (if single) and of both the applicant and their spouse (if married) before determining whether it will help pay for care and drug costs (in this case, the nursing home and drug costs of the wife). If the assets are too great, then such assets may have to be “spent down” to get to the limit before the government will pay. The resource limit for a married couple varies depending on the income (such as Social Security and pension) of the married couple. In this case, the income of the couple was greater than permitted, for expansion of the amount of the resources to be protected from Medicaid eligibility. As a result, there is only a low amount that could be protected. However, in addition to the home, car, burial spaces and personal property items (which are non-countable) of the couple, the annuity purchased within the traditional IRA of the husband/client was non-countable and thus the $300,000 investment was not subject to “spend down”. There are often timing issues to get maximum protection and one should not just rush to buy an annuity within your retirement account without knowing the risks involved from a team consisting of your financial advisor, elder law attorney and perhaps accountant. The financial advisor in this case is now looked upon as a hero for protecting his client’s $300,000 nest egg from “spend down” due to the chronic illness of the client’s wife. Kudos to him for not giving up and finding out there may be a way to help his client.

If you want to learn more on how to protect your nest egg, attend one of our free “Estate Planning Essentials” workshops. Our next one is on Thursday, August 2, 2018 at 1:00 p.m. and the one after that will be Saturday, August 25, at 10:00 a.m. If interested in attending, call (214) 720-0102 or sign up online at www.dallaselderlawyer.com. Attendees are entitled to a free meeting ($1,000 value when considering both the workshop and meeting).