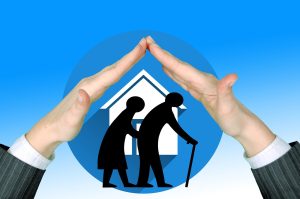 The granddaughter of an elderly California resident was recently sentenced to jail for 17 years for elder abuse after her grandmother was discovered with open wounds and bed sores which resulted in the grandmother’s death due to the granddaughter’s (and daughter’s) neglect. The daughter (who has been indicted for second-degree murder) and granddaughter were living in their mother/grandmother’s home. They were concerned if the mother/grandmother received Medicaid benefits that the government would take the home to recover the benefit if paid.

Although the homestead is generally “noncountable” when applying for Medicaid, states can either have a claim or have a lien or claim (depends on the state) against the homestead to repay the government for benefits advanced.

A little knowledge can be a dangerous thing as this tragedy could have been possibly avoided in many ways if they had just sought legal advice. In Texas, there are many options to avoid a successful claim including (but not limited to):

If interested in learning more on how to protect your home, then you should attend one of our free “Estate Planning Essentials” workshops. Our next one is on Thursday, September 13, 2018 at 1:00 p.m. and the one after that will be Saturday, October 6, 2018 at 10:00 a.m. If interested in attending, call (214) 720-0102 or sign up online at www.dallaselderlawyer.com. Attendees are entitled to a free meeting ($1,000 value when considering both the workshop and meeting).