01 Aug WILL WE SOON BE ABLE TO CAPITALIZE WITH LESS CAPITAL GAINS TAX? 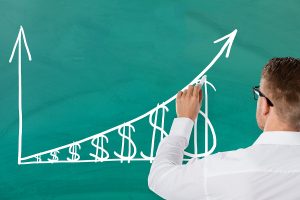 Steven Mnuchin, the U.S. Treasury secretary, reportedly said at a July meeting of the Group 20 summit meeting in Argentina that the Treasury Department was reconsidering the definition of “cost” to allow taxpayers to adjust the initial base (value) of an asset for inflation when the asset sells. Normally, when you sell an appreciated asset, you pay capital gains tax on the amount of appreciation. Thus, if an asset is held for a longer period of time, then there would be generally less capital gains tax due to the inflation adjustment (if this proposal is implemented). For example, if a taxpayer bought an asset (i.e., stock, real estate, etc.) for $20,000 and it sold for $150,000, then (under present rules) there would be a tax (generally 20%) on the $130,000 ($150,000-$20,000) increase. However, if the initial basis was adjusted for inflation to $50,000, then the capital gains tax would only be on the $100,000 ($150,000-$50,000) for a tax of $20,000 since 20% of $100,000 equals $20,000. The reason the Treasury Department is considering this is that it could further stimulate the economy although it would add to our debt as there would be less revenue.

Mnuchin further indicated the White House is looking into doing this independent of Congress, but this is probably unlikely to be successful as there is no legal authority.